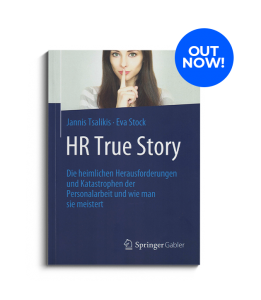 1. How did your radio show come about? Why did you start it?

I used to do a lot of work with my close friend, another recruiter, Anthony J. Meaney. We spent every morning for about half an hour talking about the news, the different blogs we read and recruiting issues.

I thought our conversations were interesting and funny and I used to say that we could do a good morning radio show. And, back in the late 90s, Howard Stern was in Toronto and we used to listen every day and laugh about that, too.

In late 2003, Anthony suggested to start a business blog. I didn’t see the purpose but once we started out, in January 2004, I enjoyed reading articles and reporting on them.

In August of 2004, I was surfing the net and came upon an old posting on a blog written by Jason Davis. He was interested in networking with other recruiting bloggers so I emailed him. By coincidence, it turned out that he only lived a couple of miles away from me so we met at a nearby Starbucks. He owned Recruiting.com which was a great domain name but the blog wasn’t that active. So, Anthony and I agreed to come into Recruiting.com as working partners. That was in April 2005. There wasn’t a lot of competition and we were posting multiple articles everyday so it became a popular site in the small and cozy recruitosphere.

(I should note that ERE had been around for a long time by then but, aside from that, I don’t think there were many recruiting blogs.)

Then, early in 2007, I saw that there was a new platform for doing call-in radio shows so I knew I wanted to try it out. There were already good podcasts about recruiting. I’d been on Jim Stroud’s show and Bill Vick had posted tons of good short interviews with expert recruiters on his site but I’m pretty sure that I was the first online call-in show about recruiting in world history. My claim to fame.

Early on, I’m pretty sure I asked Anthony if he wanted to participate but he’s a much harder worker than I am and he didn’t have the time.

2. Which were the most exciting, craziest and most boring radio show interviews ever? With whom and why?

2.1 – My first show was a lot of fun but I froze during the introduction. I’d written it out in advance and I thought it was pretty funny but I was sitting alone in my office, it’s totally silent and I’m talking into the phone with no one on the other end. I don’t open the callers’ lines until after the intro so there’s no sense that you’re speaking to anybody and so I started to feel that what I was doing was absurd. It didn’t seem to make any sense so I just stopped talking.

These days, that rarely happens but there are some differences as well. I usually talk to Jerry (who does the shout) for a few seconds before the start of the show and I’m in contact with listeners just before the show on Twitter which was already a year old when The Recruiting Animal Show started but still wasn’t popular back then. I remember we used to speak to each other on MSN Messenger.

2.2 – For my fourth show on Mar 28, 2007, I had an exciting guest, Klaus Guernicke, one of the founders of Linkedin. He didn’t want to talk about Linkedin, however; he wanted to talk about his new click-to-call button that you put on your website. To my surprise, the founder of Blogtalkradio called in. At first, I thought this was great but he didn’t ask any relevant questions. He went on and on asking my guest technical questions about the use of the telephone on the internet.

I should have learned two things from this show (but I’m a slow learner).

a. You have to be rude and cut people off when they go on and on and get boring. Mind you, it’s hard to know when to cut them. My live audience often tells me that I cut people off when they are saying something interesting. But, then, when I don’t cut them off they ask what happened to me. Why was I so easy on the guest or why was I asleep at the wheel?

b. Someone promoting new technology usually only needs 15 minutes to do their thing. I have a one hour show and it’s only recently that I’ve started booking tech guys for shorter stints. And then, when I do the live audience rebels because they don’t like two guests. Sometimes, they’re pretty dumb. And I say that freely because they don’t hestitate to criticize me.

2.3 – If you have a look at OccupyRecruiting.com you’ll see that I warn guests that The Recruiting Animal Show is a hotseat show. I’m pretty loud and The #AnimalCrew, my live callers and real time tweeters, can be quite aggressive.

They’ll look at the guest’s Linkedin profile while she’s on the show and challenge her career moves and even the validity of what he’s saying based on her experience. And if you’re not used to that it can feel like a personal attack.

Well, I had a guest on who was promoting recruitment marketing and one of my regular callers thought that was baloney and really went to town on this guy ridiculing the idea that Pinterest was any good for recruiting.

Well, the guest been on the show before and he knew what it was like but I don’t think there’d been a lot of callers that day. And, this time around, he felt it was too hostile. I think he was personally offended and won’t come back again.

I could go on forever with stories like these. My listeners always say that they don’t want me to cut the show back to 30 or 40 minutes but then they complain the show is often boring and they’re right. I find it very hard to create an informative, highly listenable one hour show.

3. You are talking to many people in the recruiting industry, from your point of view, what are the three most exciting trends in recruiting in the US?

Well, the recruiting business is divided between two camps. There are the
internal, corporate recruiters and the external third party recruiting agencies. My show has guests and callers from each but the focus tends to be agency-oriented.

So, I’m not an expert on corporate recruiting trends and that’s what people tend to be talking about when they talk about recruiting trends. I will point out a few things that strike me about them, though.

3.1 – You keep hearing about social media recruiting. But when people say social media they mean Linkedin which is really just a resume bank on a traditional job board.

I ask my guests every week how many people they recruited last year on Twitter. The number is usually – almost always – zero and never more than a few.

A few guests have recruited on Facebook but I have a Facebook group. It’s for recruiters to discuss recruiting. People are always applying to be members but lots of them are just spammers. They want to post a laundry list of the jobs they are working even though it should be obvious that those people are not in my group.

So, I have to screen the applicants and it’s very hard because almost no one has professional information listed publicly on Facebook. Not even recruiters. So, I don’t think it’s ready for the big time.

3.2 – Just today, I invited the recruiting manager from a company called Opower to be a guest on the show. I don’t know if she will come but she claims to have reduced a huge third party recruiting bill to almost nothing by tapping into the personal networks of her employees. And, if I remember correctly, she doesn’t do it with automated networking software; she organizes recruiting lunches at which she hands out free pizza and while the staff stuffs their faces they publicly review their Linkedin networks on a screen and discuss the virtues of certain people as candidates. All she has to pay for is free pizza. That’s scary.

3.3 – I’ve read that the big, famous recruiting firms are suffering because of
Linkedin and other online sites and tools for sourcing candidates. As a result, they are adding new consulting services. This has to be telling us something that isn’t good news for third party recruiting.

3.4 – I’m actually surprised that most people don’t seem to make their first approach to candidates via the phone. They use email or inmail. I tend to think that’s not direct enough but I guess I’m wrong.

3.5 – Everyone is always talking about culture but I’ve asked lots of people
how they recruit for culture and never get a good answer. One time, Donato
Diorio called in. He’s a smart guy and the founder of Broadlook.com so I asked him what his culture is. He stopped to think for a moment and said: “Work hard, play hard?”.

This tells you that culture isn’t something that people turn into a list of likes and dislikes and ask eachother about during an interview. So, I there’s a lot of talk about it but I tend to think it’s mainly talk.

Hey, Animal! Thanks a lot! Best regards and all the best to you and your fantastic show!